Thanks to Dimitriou’s Jazz Alley, KPLU 88.5 NPR and the Pacific Jazz Institute for the opportunity for this upcoming 2-night performance with proceeds benefitting the Japanese Red Cross Society. Please come out and help us make a difference!

A HUGE honor to receive this award again! Many thanks to the entire music community!

Pleased to have been nominated for Female Vocalist of the Year in the 2010 SoulTracks Reader’s Choice Awards! Sharing this honor with some pretty amazing ladies!

Information and complete list of nominees in all categories here.

Saddened by the loss of wonderful musician and friend, Hadley Caliman but so extremely grateful
for the opportunity to have known him and shared music together.

Heading out for a month–looking forward to making music with old and new friends. Scheduled appearances include KKJZ Jazz Brunch at the Renaissance Hollywood Hotel, Jazz Brasserie at Crowne Plaza LAX , Herb Alpert’s Vibrato Jazz Grill in Bel Air, Alva’s Showroom, San Pedro, a house concert and private engagements in Sacramento and ending the month in Chicago at the beautiful, historic Regal Theater. Hope to see you!

Here in the Moment receives four stars from Downbeat Magazine

Very honored to receive a 4-star review in Downbeat Magazine. You can read the review here. 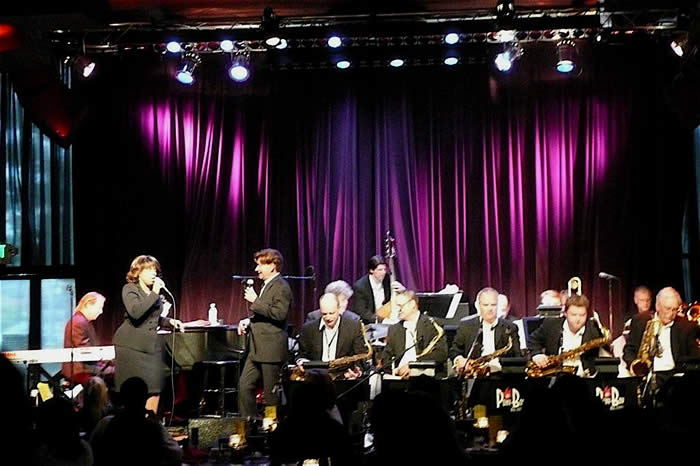 Enjoyed performing with R&B/jazz artist Bobby Caldwell. This duet number was so much fun!

“Here in the Moment” on SoulTracks Top 10 Sales Chart!

Every month SoulTracks website posts Top 10 major label and independent soul music CDs based on sales at Amazon.com and CD Baby. This month, Here in the Moment shares the honor with artists like Sade, Maze, Maysa and Corrine Bailey Rae!

“Here in the Moment” CD at #5 on March 8 JazzWeek national airplay chart!

After debuting on the national jazz airplay charts at the # 9 position, “Here in the Moment” is currently at #5 as reported by JazzWeek as reported for the week of March 8, 2010. 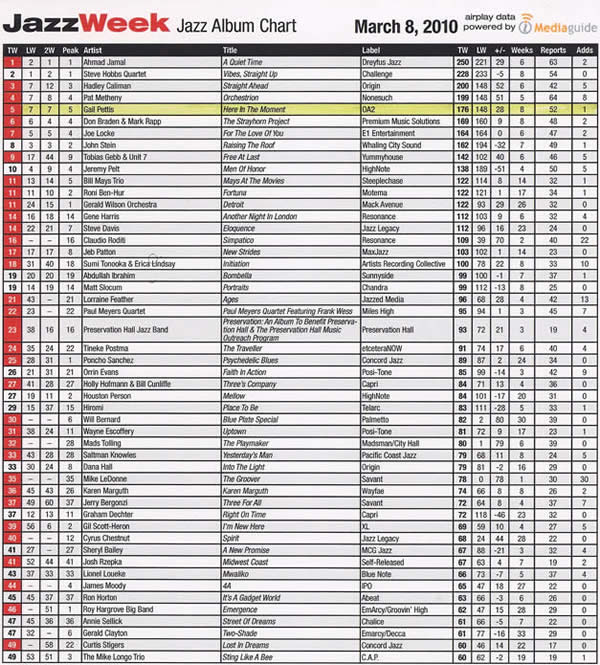 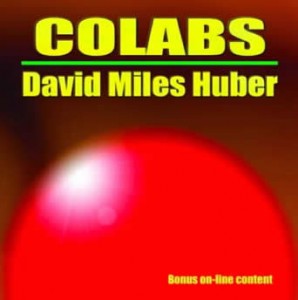 Congratulations are also in order for Henta, whose “Laserium for the Soul” CD earned a nomination in the New Age category. (Go girl!)

Best of luck to you both in January!